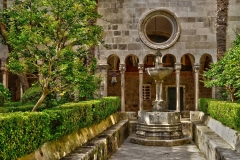 Croatia, the old and picturesque franciscan monastery of Dubrovnik 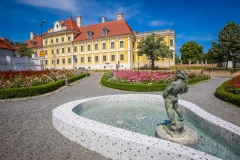