The year 2020 caused a great stress, more important than in normal touristic seasons. Le fight of COVID is mainly to remain clear in the mind. Because of the fear of the second wave and especially because of the cancellation game of the airline companies, a great number of groups booked for autumn were cancelled. My wife also closed the restaurant she is holding with her brother before the usual time.

She and I turned on the car and left Dubrovnik for the island of Hvar for 4 days. Even if we passed mid-September, temperatures were above 30 degrees Celsius. The sea was clear, hot, delicious as always on the islands and at the end of the season.

Not knowing what to expect, we preferred to go before all the restaurants and coffees close because of the fall of the number of visitors. Even in normal time, the season is shorter on the islands.

We got on the island using the ferry boat from Drvenik, on the continent, to Sućuraj at the East of the island. We crossed the island by car, and I was happy to see that the roads improved. The East is flat with savage landscapes. It is the low altitude of a great part of the island that explains its appellation of “the sunny island”. The clouds do not snag on it, causing few precipitations. The road is quite narrow to the village Jelsa, crossing vineyards, olive trees fields and authentic tiny villages. From Jelsa on, the terrain is hillier and more various.

We decided to discover first the Zavala Beach, looking at the South. Indeed, the North wind, bura, was blowing. We wanted to protect from it. The crossing of the Hvar mountains goes by an
impressing tunnel, that enables to reach this part of the island. On the side of the main beach with a coffee, we found a micro-beach just for two, looking at the islands Šćedro and Korčula. In our back, dominated the Hvar mountains. A magnificent scenery. So began our well-deserved rest. Beautiful gravel beach and picnic. 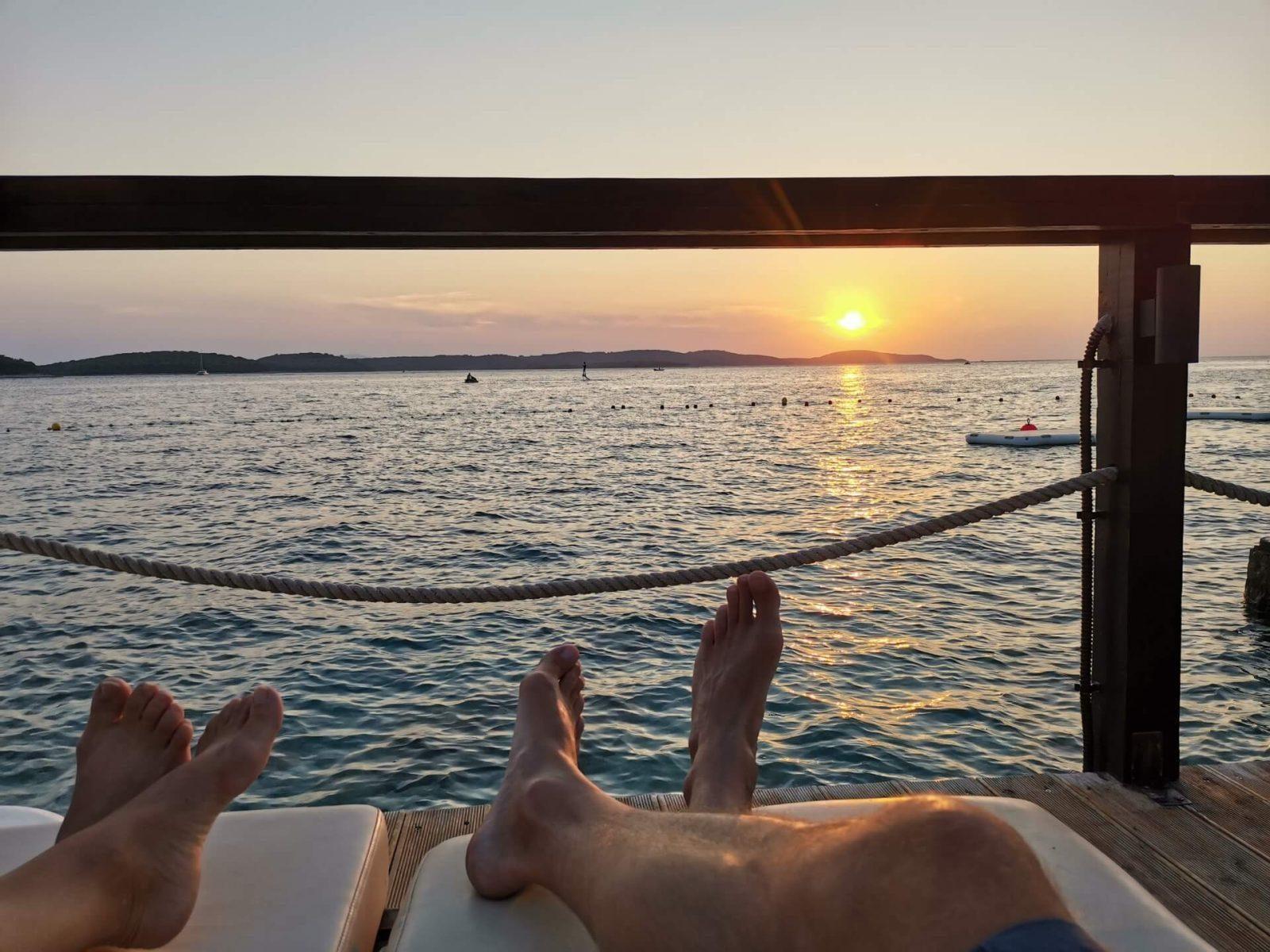 Our accommodation was the villa Mališko, situated in Hvar itself, at the Bonj beach, at 10 minutes’ walk to the center along a nice promenade. The balcony offered a splendid view on the Pakleni Otoci archipelago. This superb apartment was spacious, the owner very nice.

In the evening, we visited Hvar, a charming dalmatian city with stone palaces. Most of the bars, that do the celebrity of its night life, were open and animated. We were positively impressed to see that the city was lively with travelers from France, Poland, Germany, Czech Republic, England, America … also an important number of Croats, even if school had already begun. A quiet, light atmosphere swayed on the city instead of the usual intense tourism. Those who travel this year have really an exceptional opportunity. The only positive point of this situation. We dined a grilled fish plate in the courtyard of the restaurant Paladini. Ideal intimate mood. 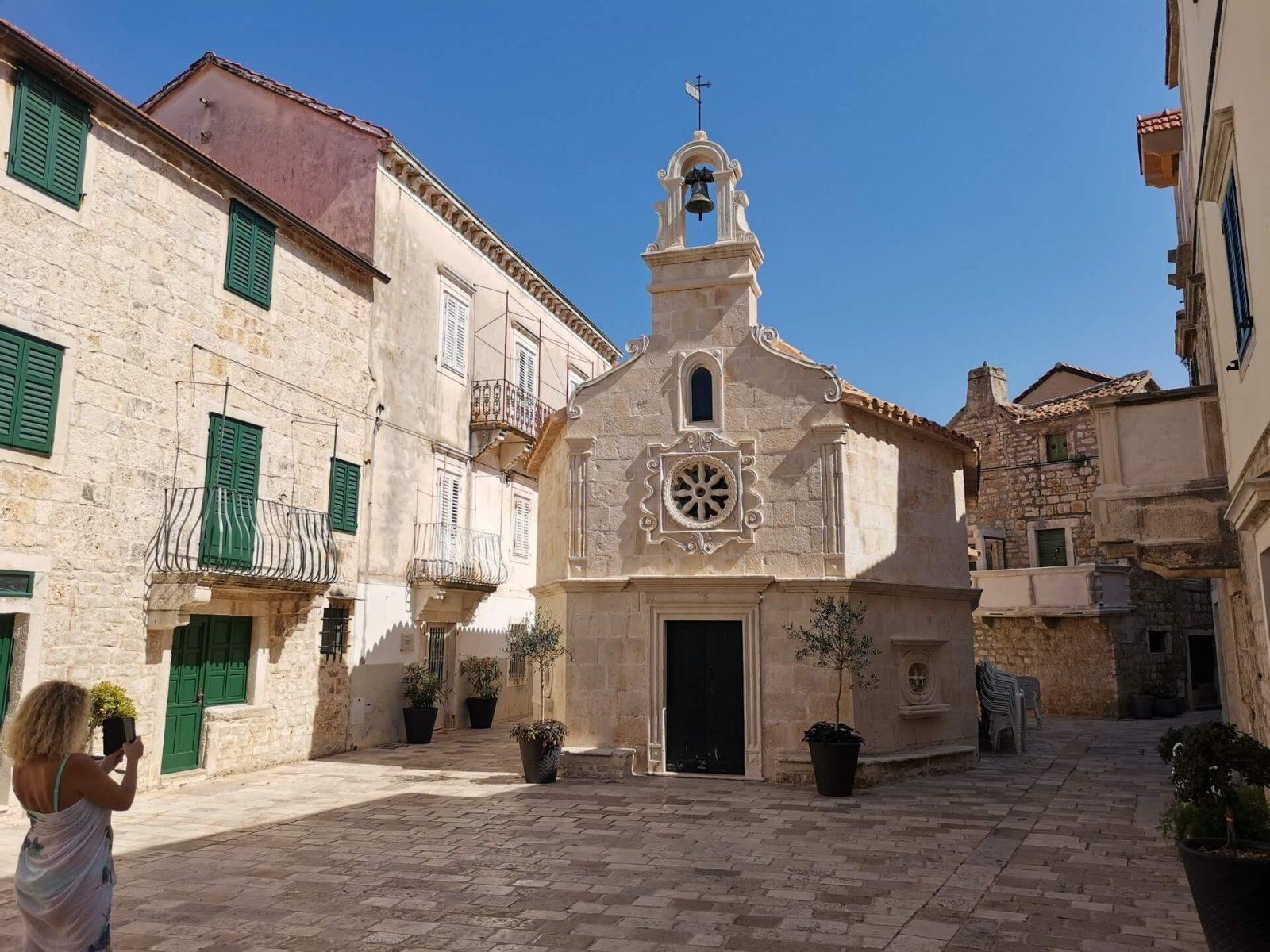 The next day, we took a small wooden line boat to get to the island of Palmižana, an island in the spirit of the elite tourism that is promoted in Hvar, with a sandy beach surrounded by restaurants. It is part of the Pakleni Otoci archipelago, just in front of Hvar. The small cruise lasted about 30 minutes. The bay was full of yachts. After a lunch of pasta with seashells and shrimps, we settled to sunbath. The borders of the bay are full of urchins, witnesses of the purity of the sea, so it is better to stick to the beach. The music, the comings and goings of the transfer zodiacs and the party makers on their yachts created a dynamic, eclectic, and joyful atmosphere. On the way back, we met the brother of my wife with his family and friends, who also came on Hvar by chance, at the famous Hvar beach club Ula Ula, at 2 minutes’ walk from our apartment. When they left, we starred at the magnificent sunset sitting on long chairs. Dreamful… with a cocktail for madame and a glass of wine for my humble self. 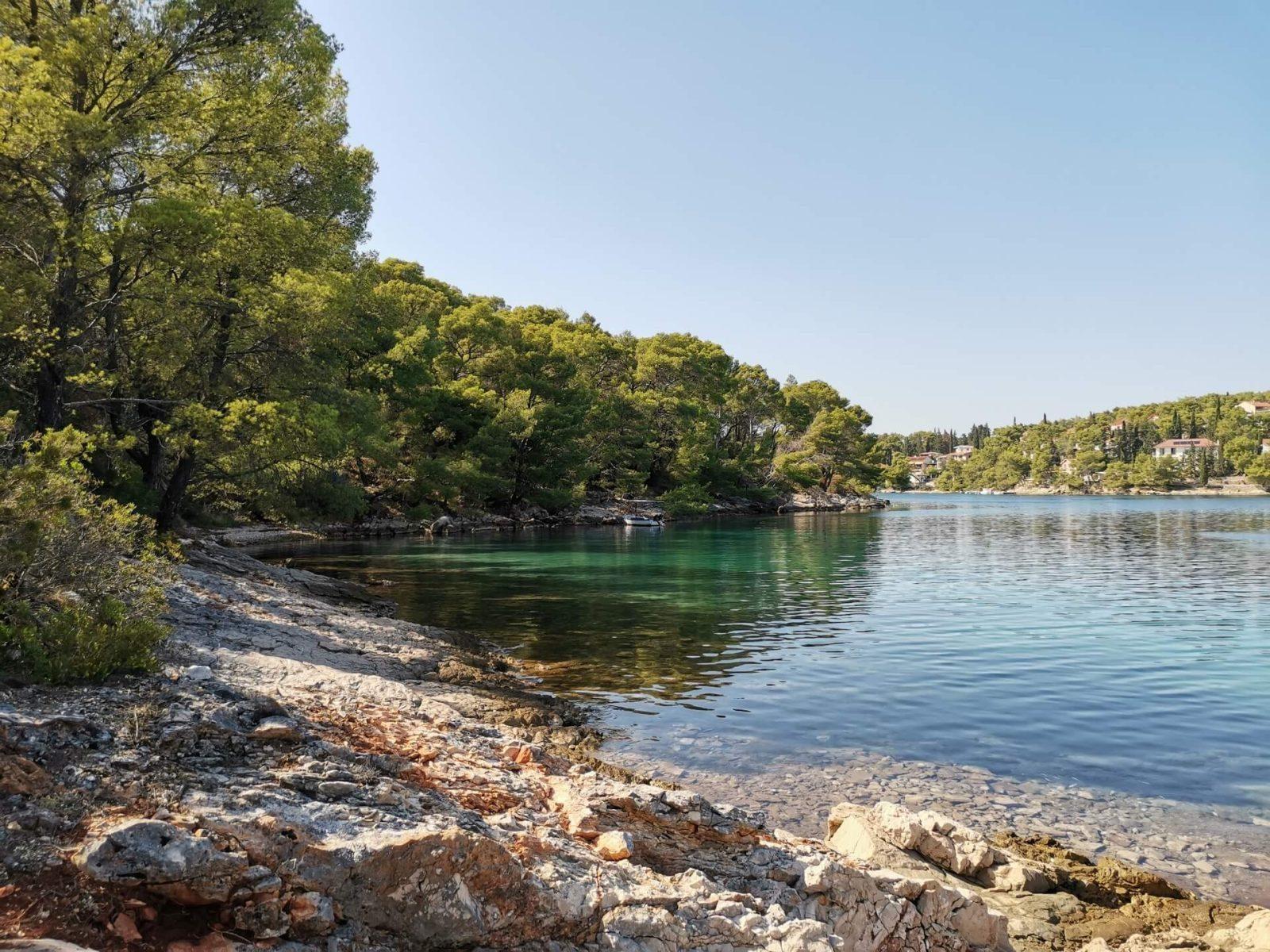 The next day was dedicated to the sightseeing of the delightful village Jelsa on the North side of the island. Then, we went for swimming and relaxing in the neighbor bay Vrbosko. The sea water was turquoise with magical light effects. The flat rocks permitted an easy access, so everybody could find its peace area.

Delighted, at the beginning of the evening, we went to the beautiful village Pitve. It seemed like an organized chaos of old typical stone houses, in the inland of the island. After a stroll in the curved streets, we dined in the famous rural restaurant Duboković: octopus salad, then grilled lamb with vegetables and potatoes with rosemary. Prices were affordable and the quantity fabulous. A delight to lick your fingers. 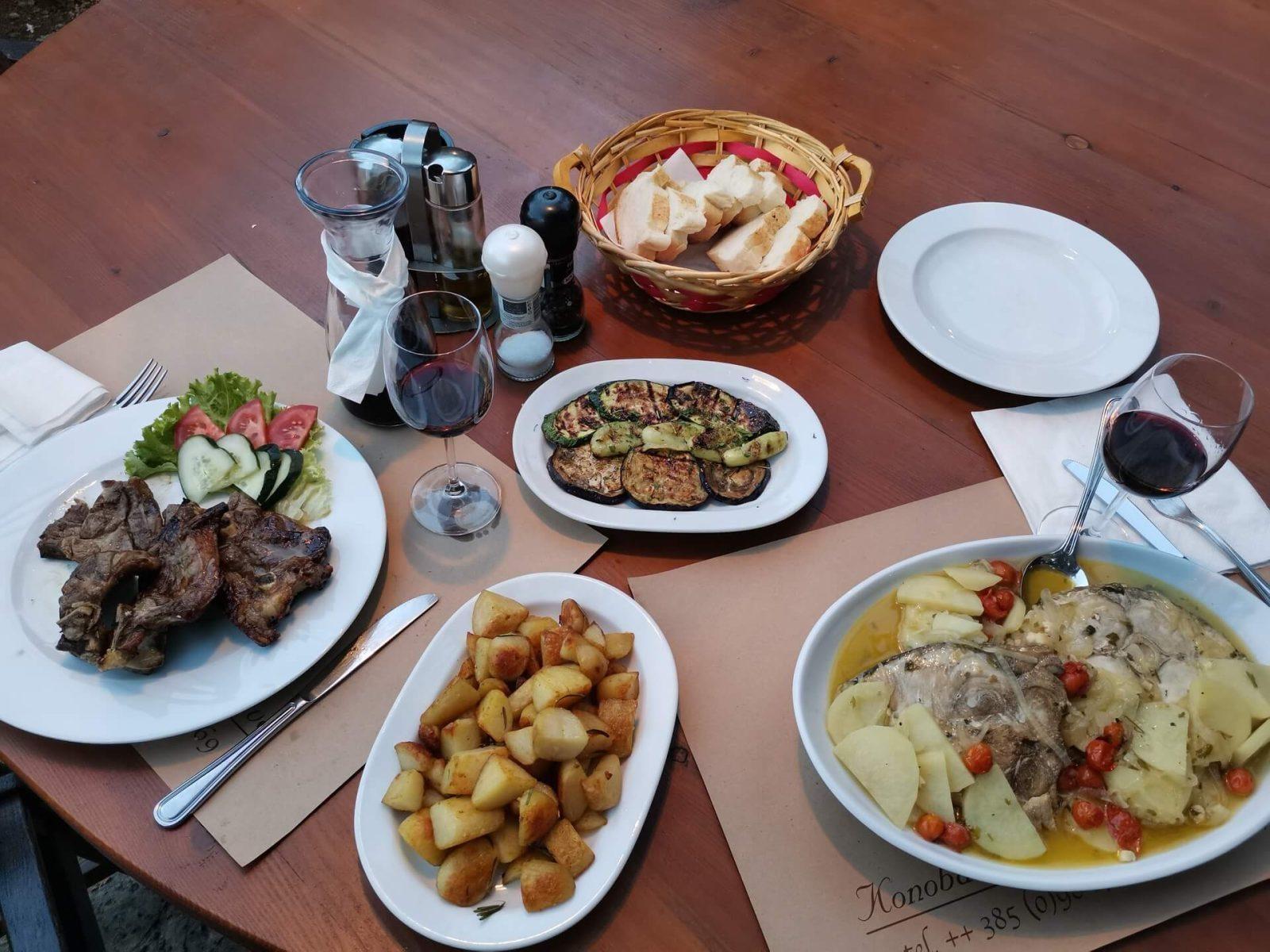 The last day, we did a last walk in the city of Hvar. We took the ferry boat in Starigrad to Split, where we finished our week-end with an activity that is not recognized in the world of sports : shopping.
Back to reality.